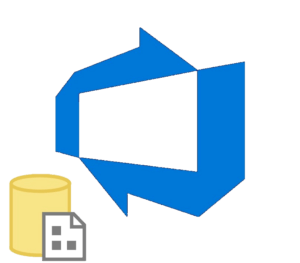 After a couple false starts, I was able to live-stream one way to use Azure DevOps with Git to source-control the contents of an SSIS Catalog folder – including SSIS Catalog Folder, Projects, Packages, Environments, Environment Variables, Configured Literals, References, and Reference Mappings.

In the video, I create an Azure DevOps project configured to use Git version control. I connect to the project using Visual Studio, and use the VS Team Explorer to clone the Git repository to a local repo directory.

I use SSIS Catalog Compare to generate scripts and an SCCPAC file – which is an extension I made up to support a compressed file containing all the scripted contents of an SSIS Catalog folder in a single file (and then I built the SCCPAC Deployment Wizard to unpack the compressed file and deploy the contents in dependency order).

I use Visual Studio’s Team Explorer to commit and push the SCCPAC file to the team project’s Git repo on Azure DevOps.

All in 8-ish minutes. Not too shabby.

In reviewing the video, I notice the screen sharing does not start until 3:16. It’s not too difficult to figure out what I did in creating the Azure DevOps project before then – and you missed some slides. I’m going to leave it as is.

There are two types of developers in the world: Those who use source control, and those who will.

Use source control. Future You will thank you.