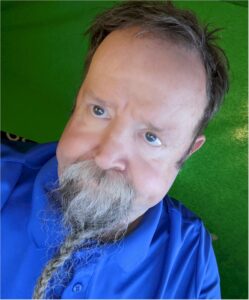 This is Andy’s not-happy face…

I began working with data back when the years began with a 1. I remember transitions in technology throughout the years. I’ve seen some truly amazing shifts in the way we think and the way we do things. I’ve also read and heard some un-amazing hype. As an engineer and an architect and a Christian, I strive to respond well things that bug me.

Around the time SQL Server 2000 was released, I heard a Microsoft person state something along the lines of: “SQL Server 2000 is so good at managing itself that you will not need a DBA [Database Administrator].” I remember first thinking, “Wow,” and then later – after using SQL Server 2000 some – realizing “YeaaaaNo.”

I am not a DBA and I could see SQL Server 2000 needed some help – even my help – managing itself.

My friends who are professional DBAs had different ways of expressing their disagreement. Looking back now, it seems like a sophomoric marketing statement to communicate to engineers and DBAs, at least. But it probably seemed like a good idea to someone at the time, and I’m sure there was more to it than merely what I heard.

Just yesterday, it happened again. A friend and brother from another mother posted a comment about a similar statement someone made and… well, I reacted. I did not respond. My reaction was in kind, which is to say I also engaged in a sophomoric reaction to what I consider sophomoric marketing-speak.

I caught me doing it, edited my reply to my friend’s comment, and sent him a note explaining what I originally said. I included an apology. We weren’t in disagreement, by the way. But it was bad form for me to add inflammation to his comment.

I mentioned I am a Christian earlier in the post. If you’ve read this far, it will not surprise you to learn there is a very practical lesson from the Bible about responding well. It’s found in Acts 5:34-40a: 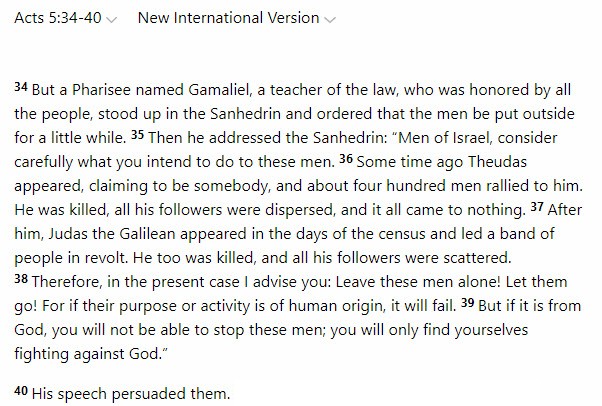 But a Pharisee named Gamaliel, a teacher of the law, who was honored by all the people, stood up in the Sanhedrin and ordered that the men be put outside for a little while. Then he addressed the Sanhedrin: “Men of Israel, consider carefully what you intend to do to these men. Some time ago Theudas appeared, claiming to be somebody, and about four hundred men rallied to him. He was killed, all his followers were dispersed, and it all came to nothing. After him, Judas the Galilean appeared in the days of the census and led a band of people in revolt. He too was killed, and all his followers were scattered. Therefore, in the present case I advise you: Leave these men alone! Let them go! For if their purpose or activity is of human origin, it will fail. But if it is from God, you will not be able to stop these men; you will only find yourselves fighting against God.”

His speech persuaded them. [emphasis added]

This is a pretty elevated way to say, “Pick your battles.”

the passage also says more than that. It includes the absolute truth that none of us, at any given time, know everything that’s going on with even one other person; much less a company. My friend Tom used to say, “Be kind to everyone because you never know what someone else is going through.” Tom was right.

I’m not sure why the person said what they said. Maybe they were ordered to communicate this message. I don’t know. I’m certainly not important-enough to believe they were trying to provoke my reaction.

“So what are you trying to say, Andy?”

I am trying to say that I messed up.
I apologize and ask your forgiveness, Dear Reader.
I want to do better. (“I aim to please. But sometimes I aim low.”)
Tomorrow is another day. Actually, I wrote this yesterday and scheduled it for today, so today is another day.
I promise to try to do better.
I pray God helps me do better.

May we all practice tolerance and forgiveness and assume good intentions,.
May I do better at picking my battles.
That is my prayer today.

One thought on “Responding Well”

Join Andy for a day of ADF training titled Master the Fundamentals of Azure Data Factory!

Can't wait to get started with Azure Data Factory and SSIS training? Sign up for the Live Season Pass and score a full year of SSIS and ADF training and save!

Are you new to SSIS? Join me for four days of From Zero to SSIS.