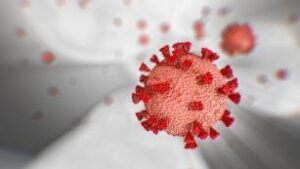 Note: Featured image courtesy of the CNN article What is coronavirus and Covid-19? An explainer.

I’ve been working from home for about 15 years at the time of this writing. A lot of people experienced working from home for the very first time recently, as we (the planet) locked down for the pandemic. Although I’ve been doing this for a while, I remember encountering and working through difficulties along the way. I had the benefit of taking on obstacles at my leisure; many first-time, locked-down people had a few days to implement or augment home offices (or “office areas” such as the kitchen table) for VPN connectivity and using web conference software.

In addition, many new work-from-home-ers dealt with this mad rush while also dealing with becoming homeschool parents or guardians for the very First. Time. Ever.

We have homeschooled our at-home children for most of their school-aged years. And when I write “we,” I mean my lovely bride, Christy, has done all the work. I make the occasional appearance for math tutoring or discipline.

In sum, I simply cannot imagine overcoming all this – especially all at the same time – double-especially in a few days. Hats off to yall. Seriously.

So, how was I able to work from home way back in the 20-00’s (pronounced “twenty-aughts” in Farmville Virginia)? 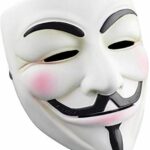 Short answer: They could not (so put away your Guy Fawkes mask…).

The Powers That Be had little frame of reference for comparing the productivity of folks who work from home to folks who come into the office every day. To use a word with which we’ve all been beaten over the head for three months straight (so far), the Powers That Be only had access to anecdotal evidence. What does that mean, exactly: anecdotal?

According to the dictionary Google uses, anecdotal can mean:

And boy howdy, do we have reams of evidence now or what? The answer is a resounding, “Yes.”

When I watch news, I watch business news (I’ve been practicing news-distancing to great effect, just check my blood pressure… also social media-distancing). I keep seeing interviews with CEOs and Directors who are surprised that working from home, well… works. Some even express shock that their teams are delivering more and better results than when those same people worked in an open office plan cubicle farm.

Do you need to level-up your ADF and SSIS skills in a hurry? Sign up for the Live Season Pass and score a full year of SSIS and ADF training and save!