The Problem I’m Trying to Solve

One thing I miss about building and executing SSIS from the file system is dtsConfig files. I can hear some of you thinking…

“Why Do You Miss DtsConfig Files, Andy?”

That is an excellent question. I’m so glad you asked! I miss dtsConfig files because they were coupled to the SSIS package at design-time and at execution time. This meant that, when I executed the SSIS package in the designer – SQL Server Data Tools (SSDT) or earlier, in Business Intelligence Development Studio (BIDS) – I was testing package execution with the externalized values.

“Why does Package Deployment Model still work, Andy?” My goodness, yall are on a roll today with the excellent questions! 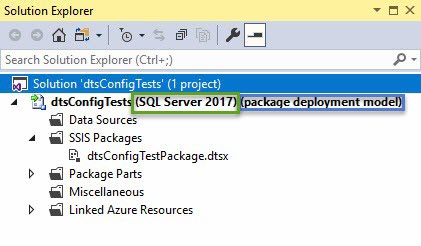 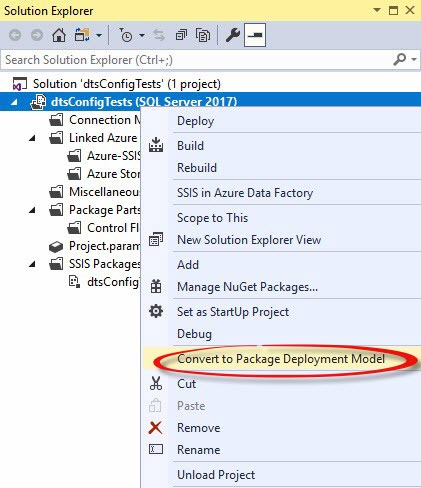 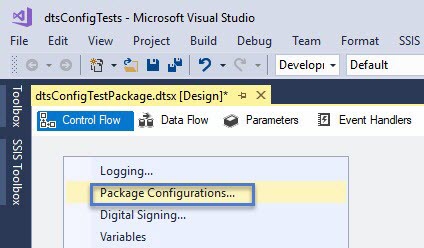 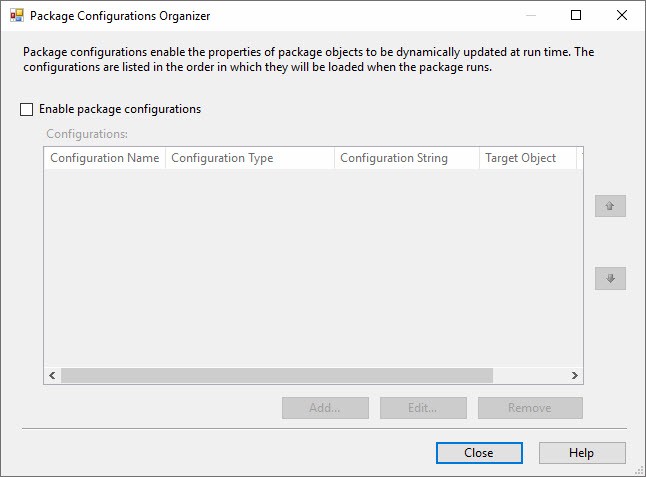 An alternative method of displaying the Package Configurations Organizer is to select the SSIS Package by clicking in the Control Flow white space, pressing the F4 key to display the Package properties, navigating to the Configurations property, and then clicking the ellipsis next to the Property Value textbox which contains the text: “(Collection)”: 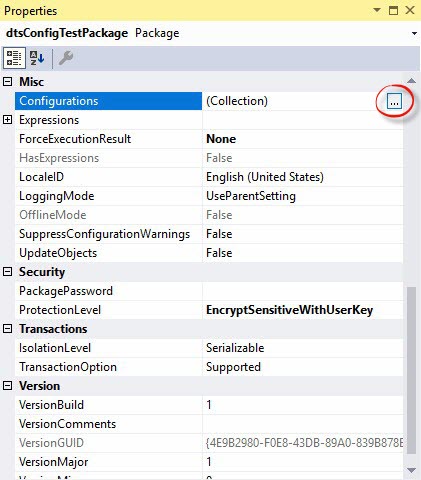 Please note: You may use this alternative to open the Package Configurations Organizer in SSIS packages designed in the Project Deployment Model. And… dtsConfig files may be configured for SSIS packages deployed to the SSIS Catalog using this method. My recommendation, though, is that you not do this. In my humble opinion, mixing the technologies is akin to crossing the streams. Pick a deployment model – Project or Package – and roll with that model’s features.

One Problem with Project Deployment Model

One problem with Project Deployment Model is: I cannot find a good way to connect SSIS packages to SSIS Catalog Environment Variable values at design time.

I have found ways to accomplish this, I just do not like the ways I’ve found. I feel I am “jacking up SSIS” with the methods I’ve found to date.

At the time of this writing (26 Nov 2021), my version of an SSIS Catalog Environment Task is officially in beta. I may be stretching the definition of “beta” (or maybe even “alpha”) here, but I get to make these determinations because I wrote this code.

You may view a video demonstrating the following configurations and tests in a post titled The SSIS Catalog Environment Task Stream.

The SSIS Catalog Environment Task, like all SSIS tasks, surfaces a name and description property on the General view: 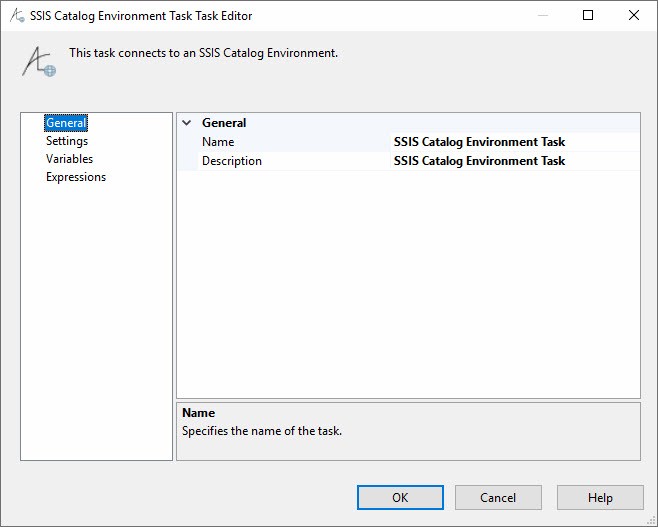 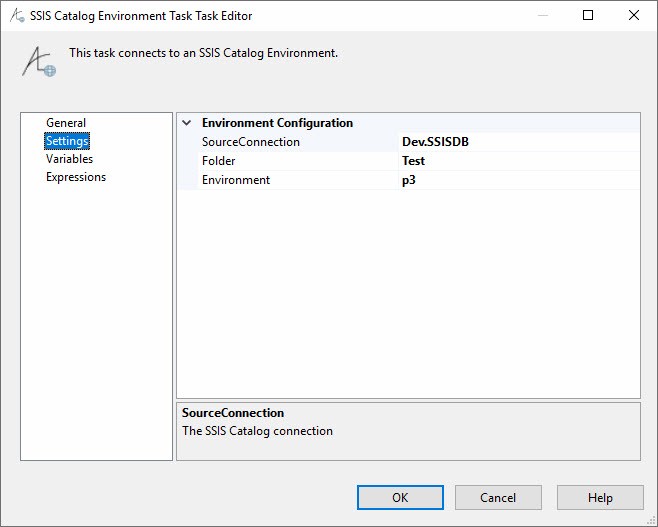 The Variables view contains a DataGridView control that surface two DataGridViewComboBoxColumns: Name and ObjectName. These columns need to be renamed. Two challenges to software development are: 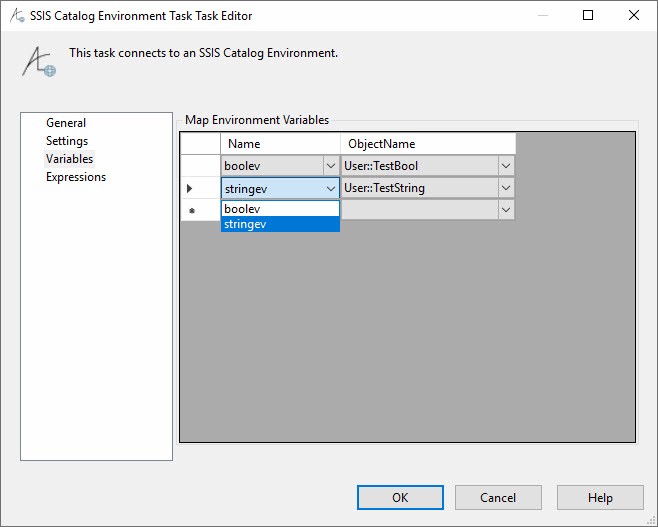 For testing, I added a Script Task to display the values of the User::TestBool and User::TestString SSIS variables: 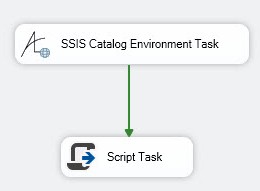 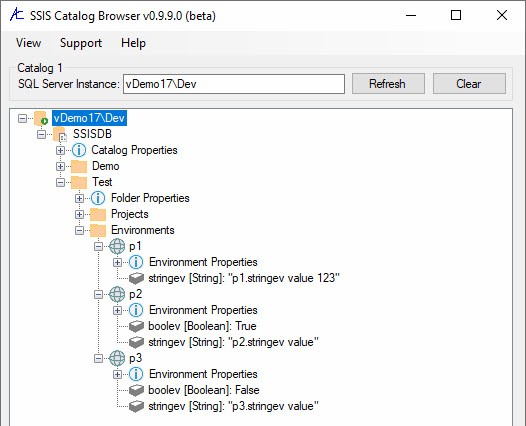 Viewing the Execution Results tab after a test execution of the SSIS package reveals the expected results: 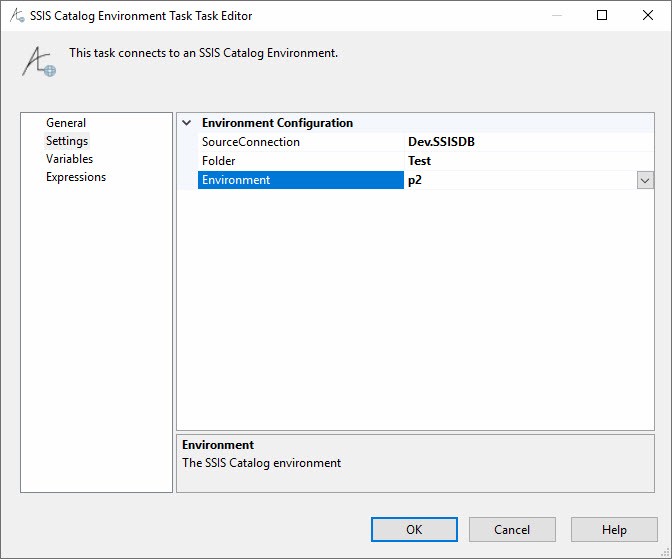 Viewing the Execution Results tab after a test execution of the SSIS package reveals the expected results:

One nice feature of SSIS is the ability to extend functionality with readily re-usable, custom tasks. 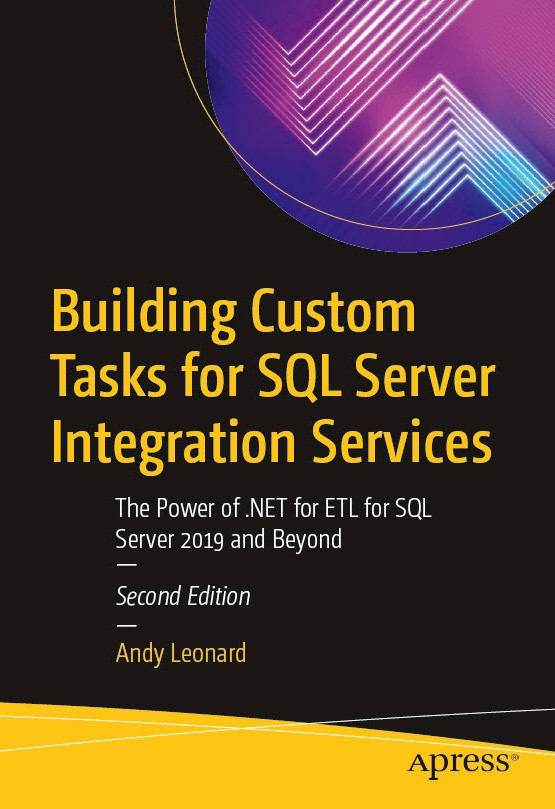